Since arriving in Berlin I hadn’t spent much time in Neukölln. What I knew about the area’s hipster status and Turkish worker history.

By the time my year of filming was nearing its completion, I had filmed in every district except Neukölln.

I had to film at least one park in the district. Kornerpark was the most obvious choice. It is beautiful, relatively close to Tempelhofer Feld, well known in the area.

However, I spotted this long stretch of loosely connected green ways on the map. I love exploring and the thought of following this greenway across many sections without names was intriguing. I set out on my bike, hoping to get through the route in a day but ended up making five trips to complete my journey. The resulting videos are still in progress but below is an idea of what I discovered. 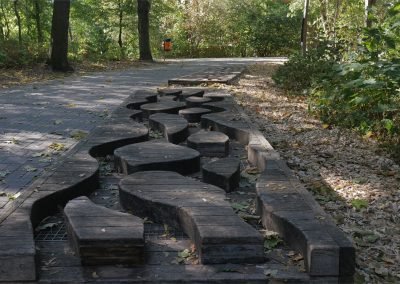 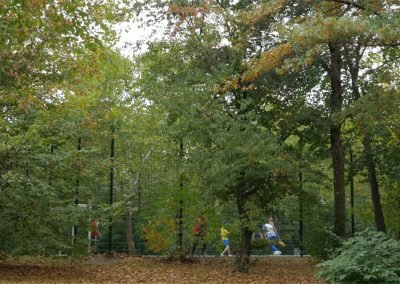 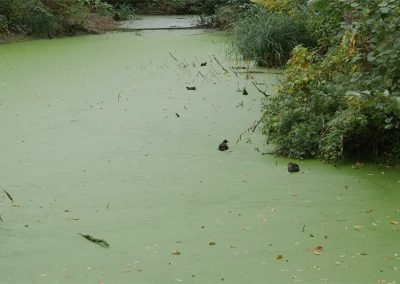 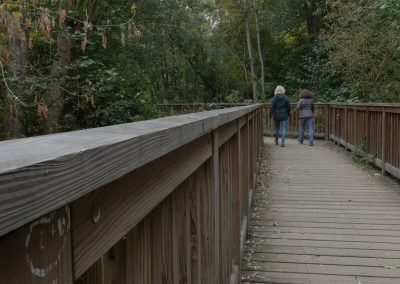 From Canal to River:  The green line that appeared on Google started in from the edge of the Britzer Verbindungskanal at Tempelhofer Weg and went south to the edge of Berlin, to Rudower Fließ. It took me three days to make it through the entire stretch of green spaces. 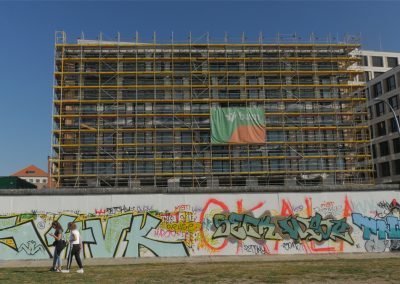 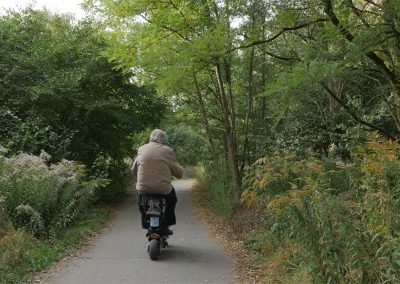 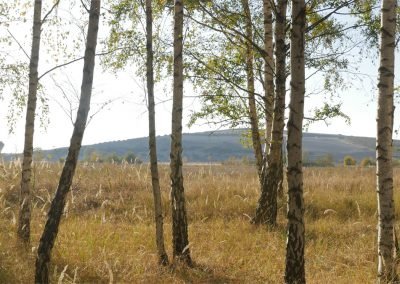 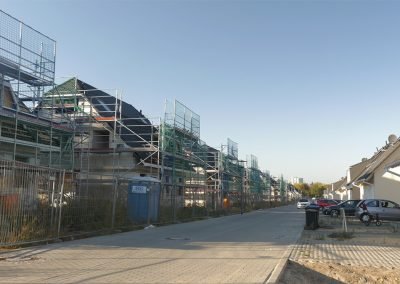 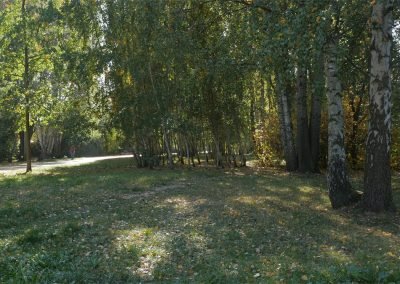 Southern edge of the Mauer Weg: The former Berlin Wall intersected the Rudower River, where my green line of Neukölln ended, right at the edge of Berlin. I have had an idea of biking the entire former wall, the area of which has been preserved by the Berlin government and is marked with signs, artwork and historical plaques. However, I didn’t have time during my year of filming in parks. But I chose to return to the edge of Neukölln to bike along the south eastern part of the former wall. In places, the demarcation between Berlin and Brandenburg is surprising. As I biked west, though, the signs of development and suburbanization appeared on both sides of the space where the wall once stood..