The first time I left the USA, I learned a lot about how different cultures view public space. I was in college. I moved to study in Japan. That experience changed my life.

I now see public space as fragile and malleable, linked to economics, history, and power.

Growing up in the suburbs where getting almost anywhere required a car I was thrilled to live in a place where I could travel to almost every corner of the country without getting into a car. I developed a love for public transportation and the freedom of traveling without the and hassle of owning an automobile.

Years later, when I started research for a film project about sustainable transportation, that memory came back to me. I became curious about the reasons some populations embrace public transportation while others reject it in favor of the car. My research led me to wonder why some countries seem to value the public realm, while others prioritize the private realm?

These same questions can apply to public space. Why do some cities care for their public green spaces while other cities find parks and public spaces threatening? Let’s set the stage. In the 1800s, the monarchy still held power in Germany, although power was shifting. The industrial revolution was underway. Cities were on the rise, literally. They were growing upwards to accommodate more people.

These forces created a need for breathing space, and a need to keep the public happy.

Add to this Marx’s analysis of the new labor market which posited that the workers were being underpaid based on the value of their labor. His political pamphlet called the Communist Manifesto was published in 1848, the same year a revolutionary wave had spread across Europe. His book added to a growing pro-labor, socialist movement.

In response to the growing popularity of workers’ rights, the government introduced the first public benefits. In 1883, the German Empire under Bismarck, began offering health insurance, workman’s compensation, disability insurance, and retirement pensions.

It was during these years that Berlin’s first Volkspark (public park) was completed. Volkspark Friedrichshain was opened to the public in 1848.

Up until the late 1700s, large swaths of land in Berlin were reserved for royalty. Both what is now Tiergarten in Mitte and Volkspark Jungfernheide in north Charlottenburg were once royal hunting grounds.

Parks were not common in general in the West during that time. In the 1700s in America, city folks would bring picnic lunches to cemeteries as those were some of the only open green areas accessible to the public. I’m not sure if that is where Berliners hung out, maybe they went to church grounds.

In 1740 Frederick the Great opened part of the Tiergarten as a pleasure garden for the people. The garden included “salons” or areas of “congregation” which were sectioned off by hedges and included benches so people could gather and have intellectual conversations. A lovely idea.

Volksparks (People’s Parks) were parks built for recreation and exercise and only started in the mid-1800s.

Volksparks in the 1920s Weimar Germany

You may think of Berlin in the 1920s as a time of cabarets, women with short hair, and a colorful art and nightlife. But it was also the era of the Volkspark.

Volksparks include places for contemplation and places for movement. Parks, as opposed to gardens, were built for utility.

They also included play areas for children. At the time, play areas were a novel idea. In fact, the Germans were the first to promote play and develop the idea of a playground. In 1891 the first Central Committee for the Promotion of Games was organized. In 1894 Berlin held a national congress for games.

The play movement coincided with the children’s movement. Lina Morgenstern founded the Berliner Frauen-Verein zur Beförderung der Fröbel’schen Kindergärten, an organization advocating for kindergartens, another German invention. Prior to the Industrial Revolution peasant children were in the fields. With the industrial revolution, children were working. The move for play and education was quite groundbreaking.

Additional pressures arose from the living conditions of Berlin at that time. With the Greater Berlin Act, Berlin had become the third-largest city in the world. Apartments were small. Salaries were also small. In one room flat, you could find a family of five. Sometimes more than one family was sharing a flat. The surrounding parks and gardens provided needed space for privacy, for socializing, and good health.

Money to create the Volksparks came from the Emergency program set up by Berlin Mayor Gustav Boss to fund the construction of 43 projects including playgrounds and parks. The city gained valuable park space and employed 8,000 unemployed workers in the process. These parks are all still popular today and in use year-round.

Schrebergartens (small allotments of land for gardens) also started during this time. They came out of the desire to create outdoor spaces for children to exercise. Although from photos, exercise looks more like gardening. This was an idea of Dr. Moritz Schreber in the 1800s. He was interested in the health of children and the social consequences of urban life at the beginning of industrialization. He didn’t succeed in creating the allotments before he died in 1861 but following his death, the allotments that did arise were named after him. Berlin is dotted with Schrebergartens that look like miniature villages on the sides of train tracks and in the middle of neighborhoods. These allotments provided important sources for food during and after the world wars. 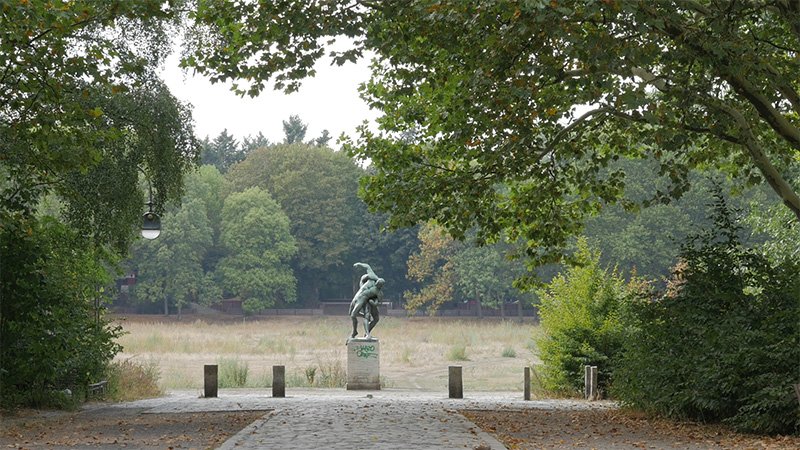 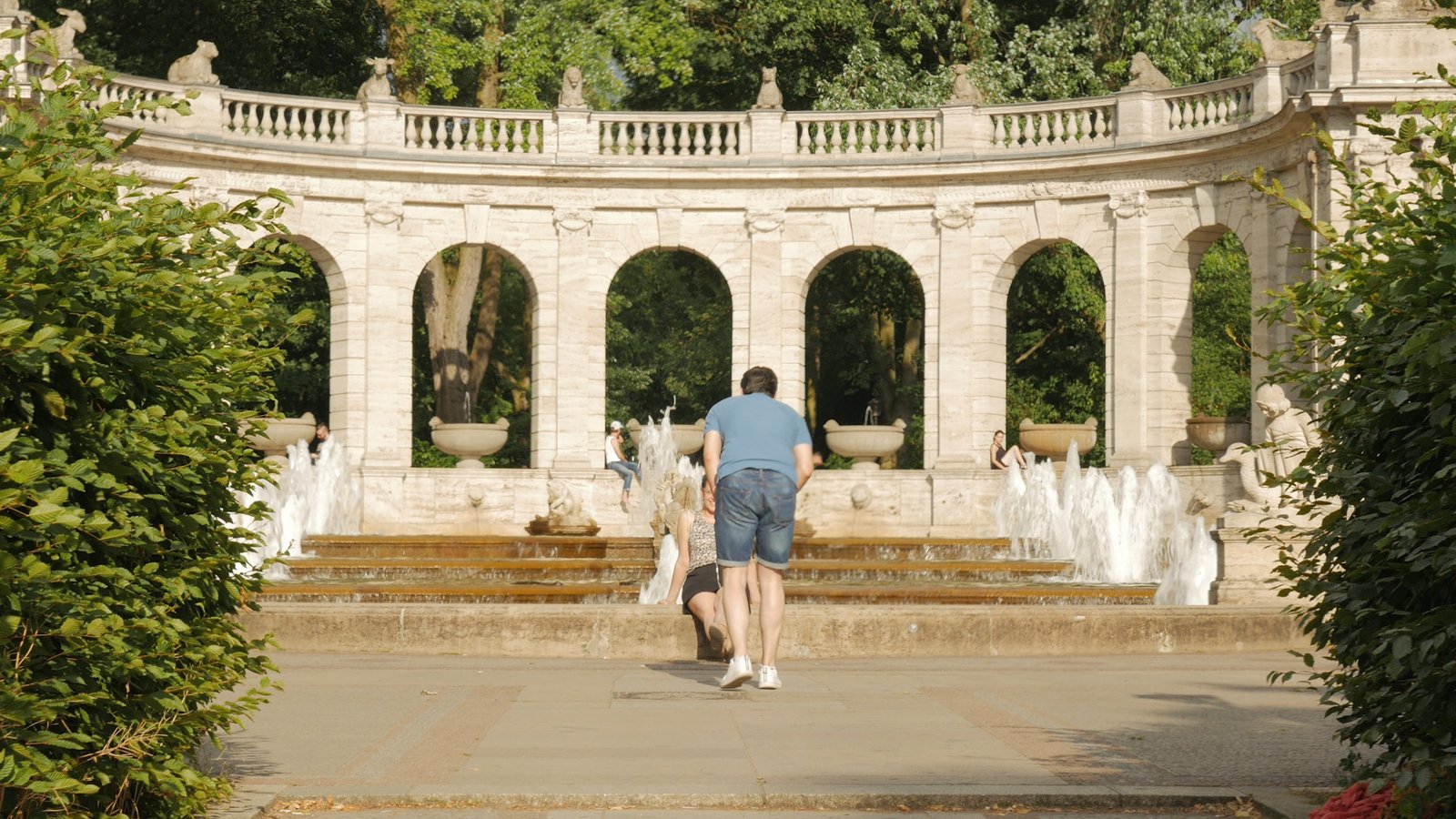 Biking along the canal just north of Berlin’s main train station I’ve seen a sea of yellow cranes towering in the air for almost two years now. At first, it was comical. Now, as the buildings have risen under those cranes I miss the view. Instead of open land, I see buildings towering over the river’s edge.

On the east side of the canal, where I now stand, the buildings are set back from the river, leaving space for a long public park, and a cemetery full of German war heroes. This cemetery is now free to access but at one time it was occupied by the Wall and is part of the Mauerweg (or Berlin Wall pathway).

The buildings across the canal are varied, some are office buildings, others look like they will be expensive condos.

Berlin has done a pretty good job at maintaining public space. A lot of space opened up after the Wall came down. In many areas, the city created park spaces where the Wall had been. Mauerpark (Wall Park) is notable. However, in other areas, like the side of the Spree in former East Berlin that is in Friedrichshain, the city designated that prime river space for urban renewal in the form of large corporate developments.

This area is referred to as “Mediaspree.” For years, it was not formally occupied because of a lack of economic opportunity. In that time artists and activists set up beach bars, clubs, and cultural projects. When the economy started to improve, the media companies came in and built large, monolithic buildings on the side of the river. There is no retail on the street side so passing by on foot, the area now feels inaccessible.

Two of the earliest media developments happened with significant “investment” from the Berlin government. 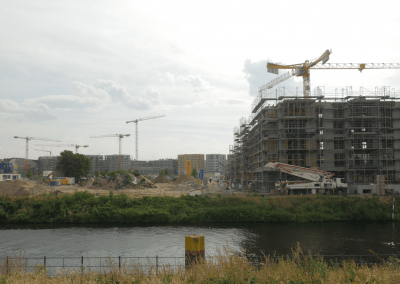 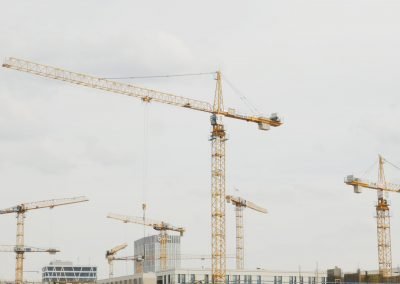 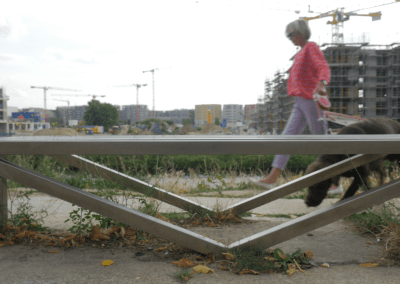 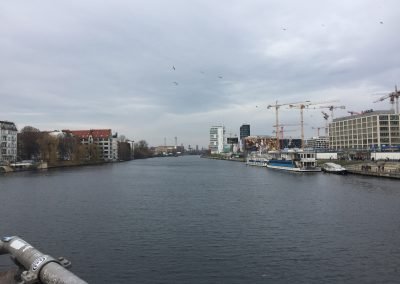 The pressures for more housing are sure to put pressure on some public spaces. But keeping them public is also important. There is a global trend in larger cities to privatize park spaces. This has been happening in cities from London to San Francisco, Marseille to Tokyo. Some of these spaces are monitored by CCTV. Some even have private security.

In Marseille, to enter the MuCEM (Museum of European and Mediterranean Civilizations) area where just about the only benches in the city are located, I discovered one has to pass through a security checkpoint.

Berlin does have its more manicured parks but I have yet to see security (or the need for security). You can opt for open stretches of land or decide to find more secluded wild spaces. In parks across the city, you can see people from all different backgrounds, of all different ages, enjoying the parks. Sometimes even sharing smiles.

In an interview I translated recently, a resident of Steglitz talked about how when he first moved to his neighborhood, the benches were broken and stained with graffiti and the park was run down. He worked to make it clean.

While I’ve documented many parks, I’ve seen many that I didn’t film. I’ve seen many parks and public spaces that have become run down are underutilized and have been left in poor conditions.

Economics, history, and power are still in play today. 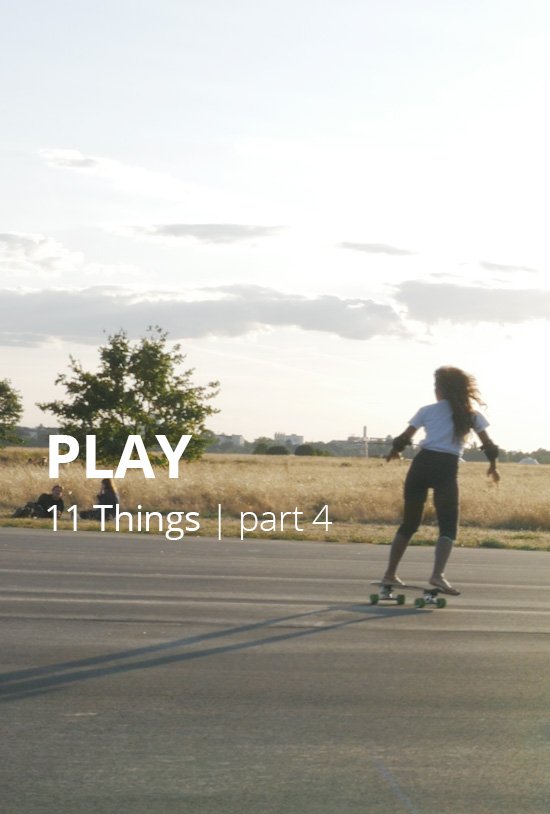 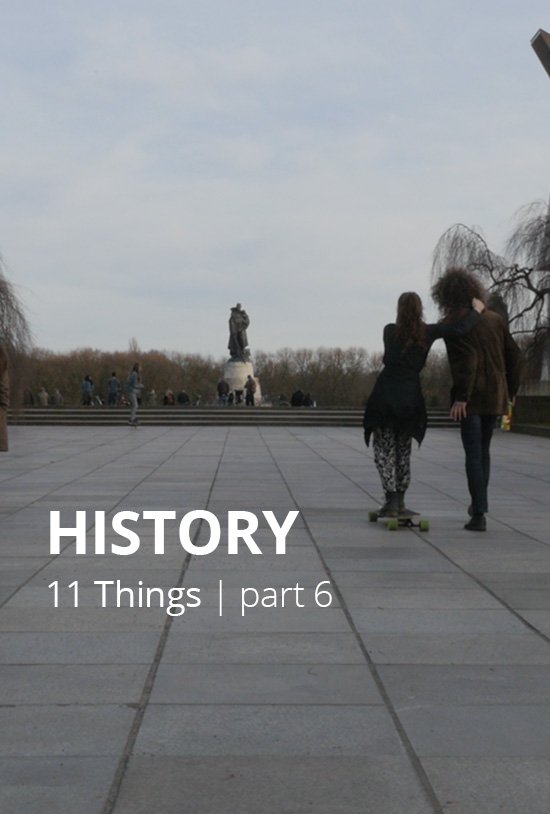