TRAMPOLINES IN BERLIN... LOOK FOR THE SPIELPLATZ

I first learned about the trampolines after getting my work permit. Walking back from the Ausländerbehörde, or the Foreigners Office, my friend who I was walking with suddenly veered right and started jumping in the air.

Lo and behold, there was a small square of mesh in the ground, a mini trampoline! And I learned that these trampolines can be found all over Berlin, available to jump on day and night, in winter, spring, summer and fall. You just need to look closely. 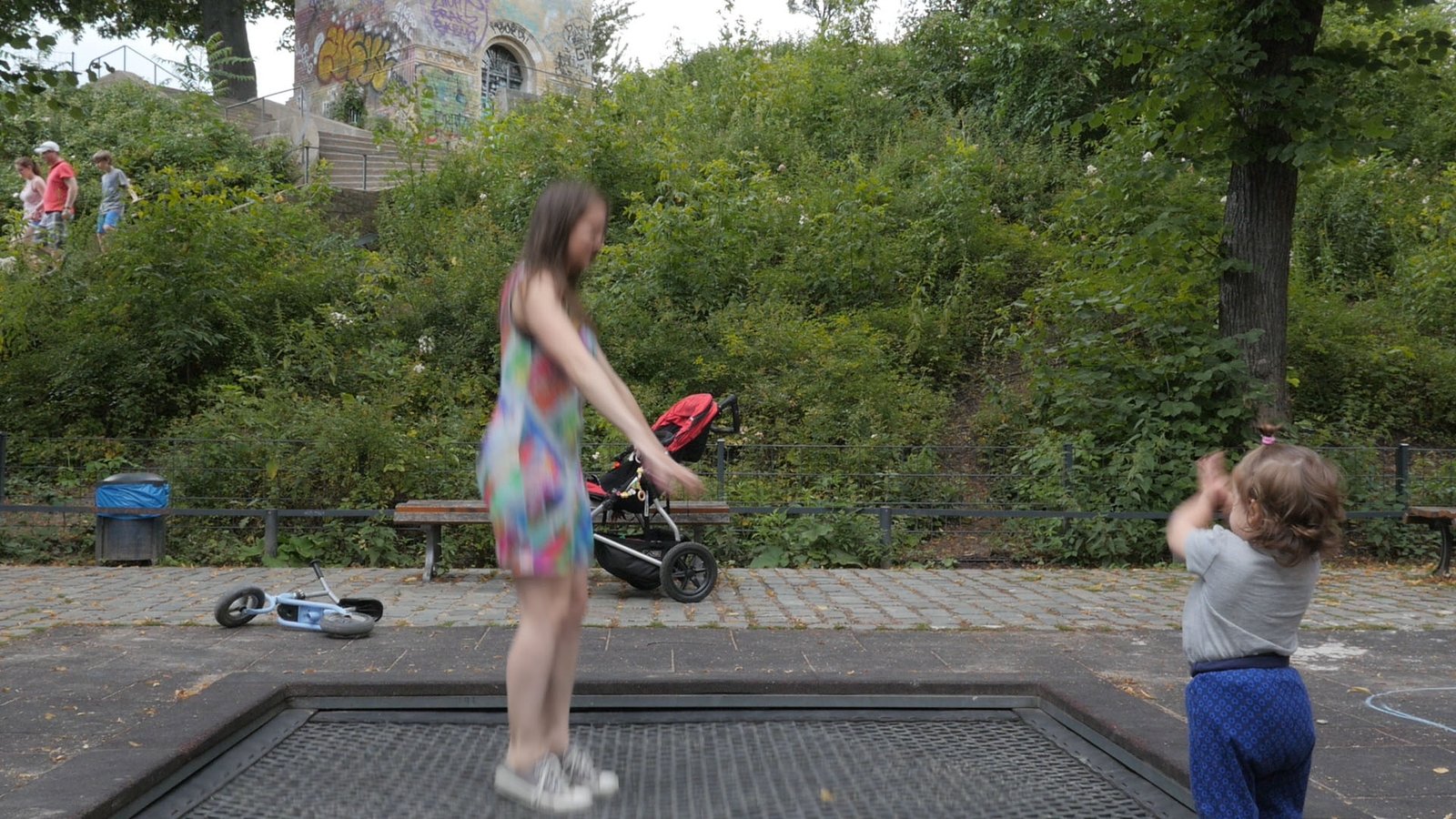 Before the official launch of Park Project Berlin, I decided to go out and do some test shoots/conversations.

I got a friend to volunteer to go trampoline hunting with me, my friend and fellow filmmaker, Julia Irwin. Since there are so many parks and Berlin is quite vast, I wanted to increase our chances of finding trampolines to film.

This led me to search for the head of parks in Berlin. In the US, I’d search for “parks and recreation” but what do I look for in Germany?

I tried various government websites, asked a German friend, did google translate and searched for what I thought were good Germany keywords (often a key to better search results on foreign language sites).
No luck finding the right department.

So we set out to hit the two trampolines within comfortable biking distance that I knew existed for sure, with a plan to pop into additional parks along the way. 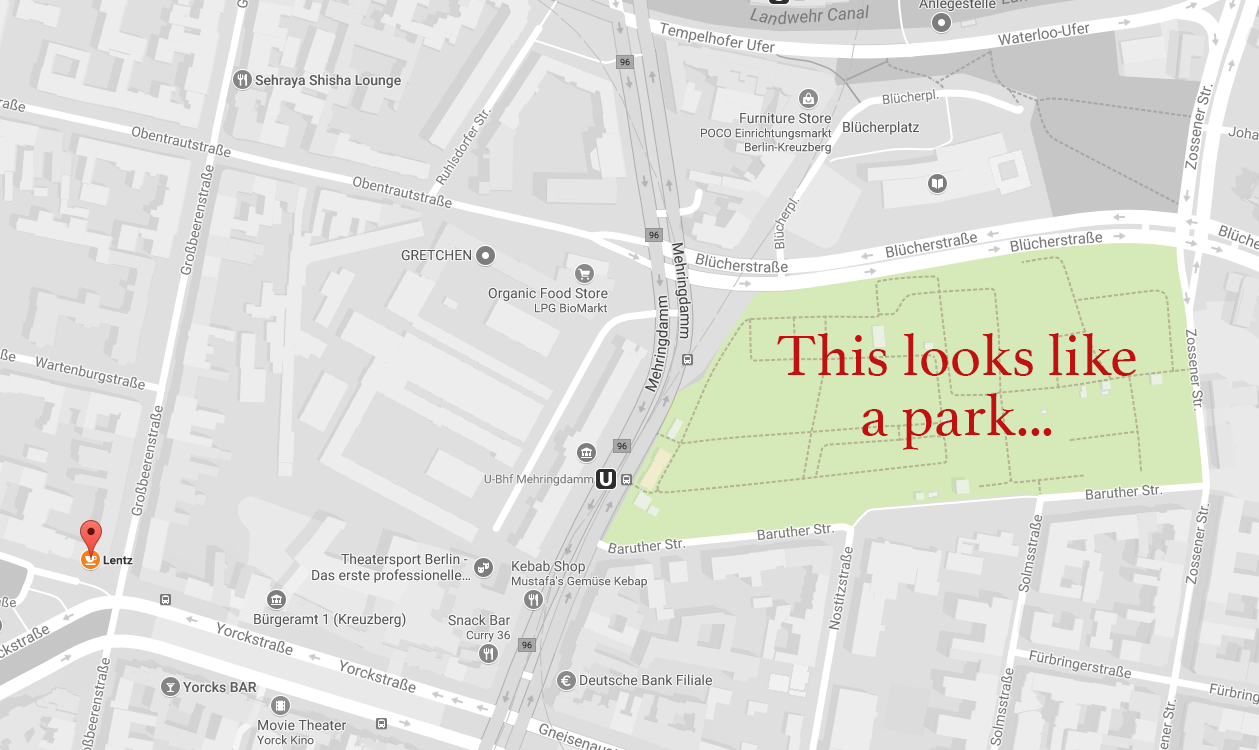 From our meeting place in a part of Kreuzberg that I’d never been to, our first stop was going to be at a large green patch on Google Maps that was on our route to Prenzlauer​ Berg. As we approached the location I saw fences, often a sign that the location is actually a cemetery. There are quite a few cemeteries in Berlin.

Yes, this one was a cemetery. So we continued on.

So we had an option to plan our ride to pass by a large park, Volkspark Friedrichshain and I thought we might find a trampoline there. By the way, “Volks” means “people” in German. There are a lot of “Volksparks” in Berlin.

We only managed to cover one tiny corner of the park before realizing it was getting late. No trampoline in that corner but we saw a game of football being played with players wearing clear plastic bubbles that look like they belong in a swimming pool, a few games of volleyball in the sand, kids and adults exploring a climbing wall, boys doing tricks on their BMX bikes, loads of families walking, having picnics and relaxing on the grass, a smaller sand pit for kids and more. We must have spent 45 minutes sitting on a bench just talking and people watching.

It was heaven actually, sitting and chatting with a friend and not worrying about work. I’ve spent so much time passing parks on my bike or on foot, but rarely have I just sat inside a park and enjoyed the reason they exist, for relaxation, contemplation and taking a break from daily life.

So I now realize the books I purchased on Friday will come in handy for my new approach to park time, which will include relaxing along with filming and conversation.

How to Find a Trampoline

None of my attempts to track down government officials to provide me with the map of trampolines worked.

But heading out of Volkspark Friedrichshain I spotted some movement in a corner park. Less than a block in size, really just a corner of a large complex, was a tiny kids park – with a trampoline! In fact, with a trampoline complex containing not one, but three circular bouncing patches.

It was so much fun to film there! And leaving, I saw the sign “Öffentlicher Kinderspielplatz.” “Public Children’s Playground.” (And I was wondering why I learned “spiel” or “play” on Duolingo – I was thinking that wasn’t a very practical word. As it turns out, I see some variation of spiel on many signs throughout Berlin.)

So, now I have a new way to track down trampolines. I’ll be looking for more Kinderspielplatzs.