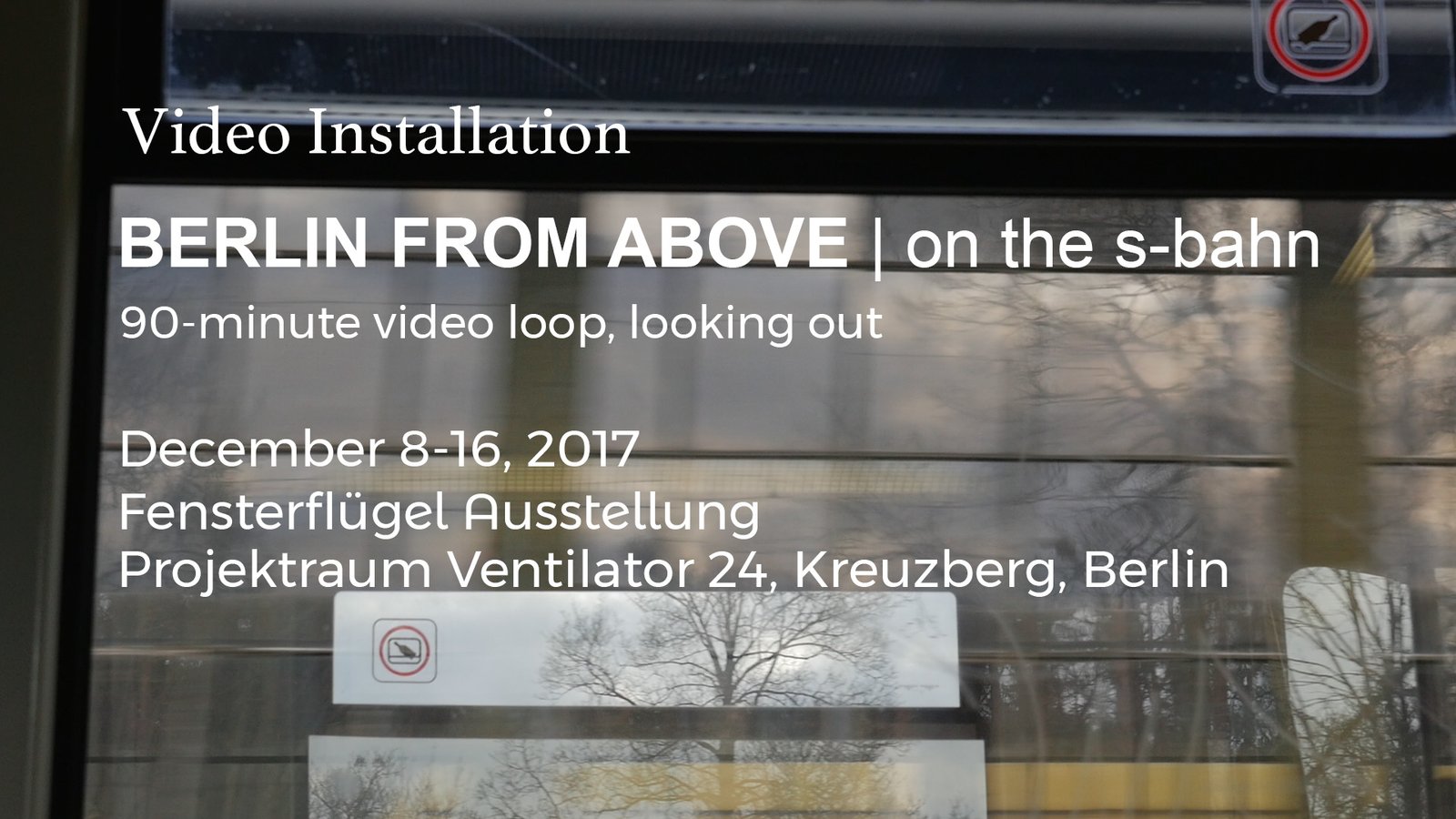 In fall of 2017 I took decided to ride the above ground trains end-to-end, criss-crossing the whole of Berlin. I went from Mugglesee in the south to Ahrensfelde in the east. From Buch in the northeast to Wannsee in the southwest.

I was searching for views of the parks from the windows of the train. What I discovered was a series of walls being built. These walls turned out to be sound barriers.

On the routes with sound barriers, nature disappeared. The experience of riding in the shadow of nature was one of suddenly going into darkness. With nowhere to look but back into one’s phone or book, the ride became sterile even as we were leaving the chaos of inner Berlin for the peace of outer Berlin.

Sound barriers appeared in the northeast, southeast and southwest routes.

Even so, my camera caught many pockets of Berlin’s nature along with a series of cranes that spread across the city as building is changing the landscape.